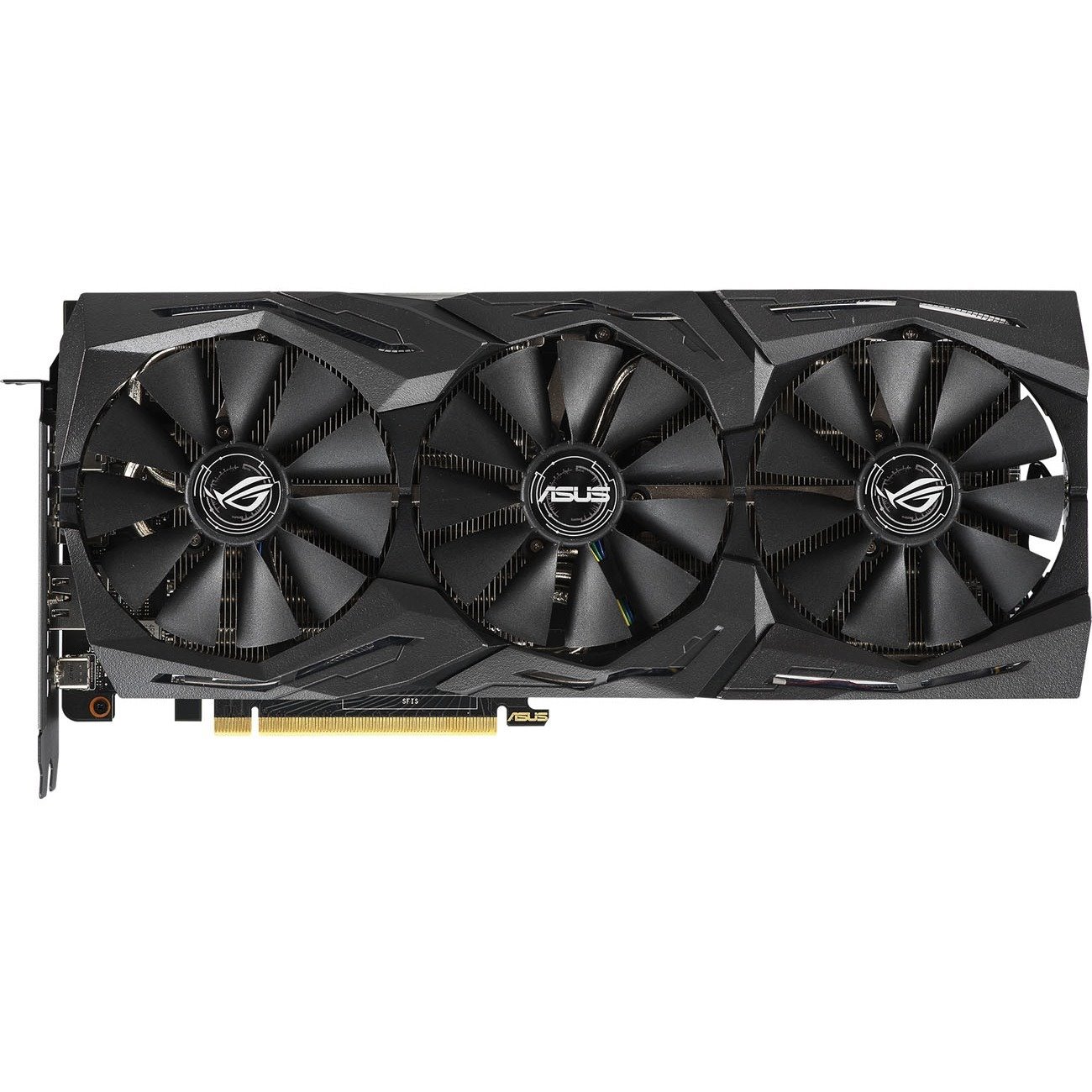 The ROG Strix GeForce® RTX 2060 SUPER™ is stacked with more CUDA cores than its predecessor and paired with a host of features for a truly top-tier gaming experience. Gargantuan power delivery provides the muscle to push overclocking boundaries, while cooling that's honed to perfection keeps the spotlight squarely on Turing™'s performance. And with an arsenal of utilities that allow you to customize and tweak this extreme hardware, everything AAA gaming has to offer is yours for the taking.

Auto-Extreme Technology is an automated manufacturing process that sets new standards in the industry by allowing all soldering to be completed in a single pass. This reduces thermal strain on components and avoids the use of harsh cleaning chemicals, resulting in less environmental impact, lower manufacturing power consumption, and a more reliable product overall.

To deal with varying game and application workloads, the Turing™ architecture can change speeds in an instant, necessitating a power delivery circuit with the reserves to handle the onslaught when you dial up the clock. The ROG Strix GeForce® RTX 2060 SUPER™ is armed with premium capacitors, DrMOS power stages, and alloy-core chokes capable of pushing performance to the max.

MaxContact is an industry-first technology that utilizes precision machining to create a heat spreader surface that makes up to 2X more contact with the GPU chip, resulting in improved thermal transfer.

A metal brace prevents excessive torsion and lateral bending of the PCB.