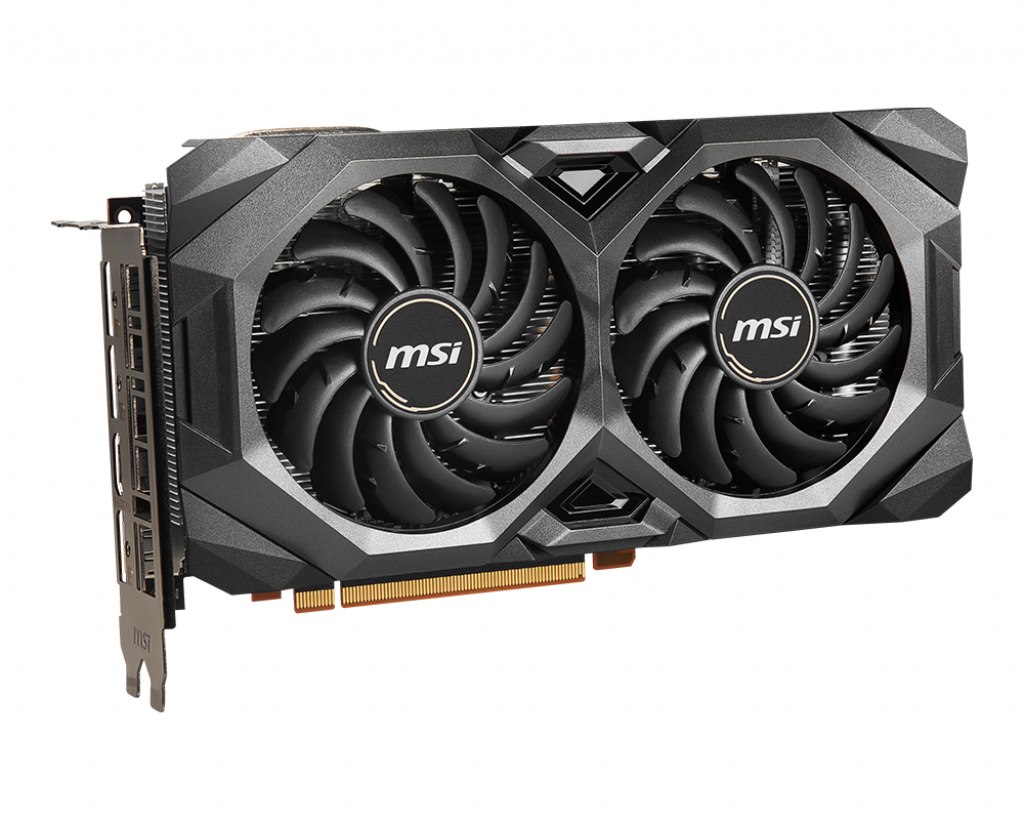 Get the competitive advantage with dramatically reduced input lag with Radeon Anti-Lag, get stutter-free, tear-free gaming with AMD Radeon FreeSync1 technology, and the latest Radeon Software for incredibly responsive and insanely immersive gameplay.

The upgraded MECH series feature an imposing appearance and enhanced cooling performance, bringing the temperature down 11% more compared to the reference cooling.

A brand new version of the iconic MSI TORX fan pushes the limits of thermal performance yet further than before. The new trims clearly visible on the traditional fan blade create a focused airflow which in turn is pushed down by the dispersion fan blades for increased static pressure.

has a special curved blade which accelerates the airflow, increasing its effectiveness.

pushes down a steady airflow to the massive heatsink below.

COOLING STARS AT THE BASE

Ample amounts of thermal pads are used to allow various components to transfer heat to the heatsink for better cooling.

A sturdy backplate helps to strengthen the graphics card and complements the design to look even better.

Dragon Center will be the only MSI software you need to install for full functionality of your MSI Desktop, Graphics Card, Motherboard or even Gaming Gear. Thanks to a modular concept, the application will automatically detect new MSI hardware once added. Based on the hardware in your system it will offer the relevant software drivers for your specific setup.

This is the very first step in a new direction and Dragon Center will evolve to grow and improve in the months ahead.

Please try the current BETA build of Dragon Center and let us know what you think!